Returns of the Machines 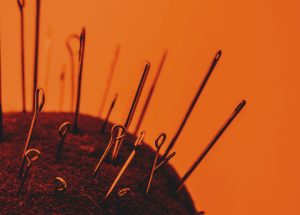 Abstract:Around 1960 digitalization and computers were spreading in American society accompanied by a reappraisal of the machine: From a means of (re-)production, which carries out physiological work, to a means of innovation, which does mental work.

Against this historical background I want to contribute to the conference with an art historical case study, in which I want to show that both in early Computer- and Conceptual Art mathematical machines were used, not only to explore their aesthetic potentials and involved media (in terms of artistic research), but also the interplay of man and machine in creative processes and thus – and that is my claim – to check creativity itself and its conditions with hybrid man-machine-networks. Therefore the procedures in the two art forms will be described and their specific characteristics differentiated. For a better understanding the historical context, especially the prevalent (also political motivated) discourse of creativity, will be introduced. A comparison of both art forms, I argue, can deliever a surprising insight: Although one can assume for both an affinity for the idea and thinking, which is a well-established view, one can diagnose a criticism concerning logical machines and their creative potentials. Paradoxically spoken: With mathematical machines and critical algorithmic practices the artists turn against a kind of „machine thinking“.

Michael Rottmann is an art historian and media theorist with a focus on history and theory of art in the 20th and 21th century. His doctoral thesis dealed with the relation of mathematics and fine arts in New York around 1960 (submitted at Freie Universität Berlin). He is also interested in visual cultures, design- and creative processes, drawings, diagrammatics and (post)digital culture. Currently he is working as a postdoctoral researcher at the University of Art and Design FHNW Basel (CH) and pursuing a project on machine arts.

Abstract: Arguably, it is the widespread use of invisible algorithmic simulations that we must blame (or thank) for the exponential increase in photograph-like images. Notwithstanding, we tend to forget that a majority of these images is non-optical in origin. In fact, computer vision and machine learning, when paired with image processing technologies, now conjure up veritable spaces of experience and sensation wherein images no longer make a claim for a causal connection to the world. The new image (whether called algorithmic, programmable or operative) is located in a cybernetic sphere removed from humanly inhabited existence. Instead, it is inhabited by objects that occupy neither space nor time, as these phenomena have been popularly understood since the European enlightenment.

While such quasi-photographic images nullify many of photography’s traditional delineations, there is increasing merit in considering them as an integral part of photography’s genealogy. Furthermore, this paper seeks to demonstrate that photography was never a simple input-output device but rather, from its outset in the nineteenth-century, an information-processing machine, akin to a primitive form of computation.

This paper thus utilizes the Universal Turing Machine as the conceptual model for theorizing about photography. Through investigation of strategically-chosen terms from the history and theory of photography it argues that while photography is traditionally understood as having unsettled definitions of vision it has also, more importantly, put pressure on beliefs and dogmas that pertain to cognition, intentionality and creativity.

To that end, the Universal Turing Machine model of photography prompts us to interrogate not images but instead, changing structures of relationship between components that comprise an imaging process. For photography, these are electromagnetic, optical, mechanical, chemical elements and procedures. Only an understanding of these as algorithmic can properly characterize photography as a novel artistic form.

Further, this conceptual model of photography integrates the philosophy of photography into a richer philosophical framework, most notably that of media philosophy. Therein photography becomes more than just the contemporary sum of its capturing devices, imprinting processes or depiction traditions. Rather it is archetypical of multiple systems of abstraction and classification and various other symbolic processes of transformation.

Algorithms are finite descriptions of infinitely dynamic processes, descriptions that have a unique standing: both operational and executable. They are, argues Frieder Nake, text and machine at the same time – a machine born from scientific text and a text that can become a machine. Crucially, the same was also said of photography in the nineteenth-century. This paper thereby concludes by advancing an understanding of photography as a precursor of algorithmic art: an art form wherein individual artworks are always of lesser significance because they are but a single instantiation of a multitude of other possible artworks which the process might instantiate. Thus, in photography, like in later forms of algorithmic art, ideas and their realizations are nothing but code and this code is by necessity incorporated into its own execution. Photography is therefore presented as the master form for all arts in times of post-industrial production: technical, electronic, interactive, networked and biological.

Stefan Palitov. Towards The Technogenic Affordance

ABSTRACT: The concept of the affordance has spread from environmental psychology into many fields including HCI, experience and interactive design. As the power of the machine increases, so does the affordance becomes more powerful and visible. Dwelling in technology, now the affordance has become part of the co-evolution process between technology and human known as technogenesis. The structural coupling between the machine and the human promotes the affordance as an epistemological enabler. This is closely tied to phenomenological and postphenomenological principles. Technology, as an extension to the human’s ability to perceive and to act, makes the affordance ubiquitous element of our extended embodiment. I analyze this pervasiveness through the machines that amass the technologically expanded realities into the broader human experience. This serves as an example where complex systems composed of numerous affordances for stimuli and agency are absorbed into a new totality – an affordance of a higher order. This ability of the affordance to create realities that are larger than the sum of its parts, which in turn enable novel spaces for interaction and creation, is dominantly technological. Thus, understanding it as a part of the technogenic process, I attempt to locate where humans can have the power to effect the feedback loop in the creation of these expanded realities.

BIO: Stefan Palitov is a filmmaker, media artist and media researcher based in Copenhagen. He has a Bachelor’s Degree in philosophy and completed the Academic Program in film directing on FAMU, Prague. His artworks have been exhibited on Ars Electronica, NIME and exhibitions in Hong Kong and Nanjing. In 2017 he did a research internship at ZKM on the development of virtual reality and 360 degree artworks. His background includes film festivals production and workshop lecturing in film and philosophy. Currently he pursues his Master’s Degree as part of the Erasmus+ Excellence Scholarship Program in Media Art Cultures focusing on playable narratives in contemporary virtual reality.

Abstract: We live in a new complex ecology in which the clear distinction between humans and machines that has characterized the technological world in the past, is becoming increasingly blurred: computer systems and the logic of code are embedded in the most essential characteristics of human existence, while automated machines are acquiring traits of living systems. Thanks to new developments in the field of computer science, on the one hand, and in the natural sciences and new-materialism, on the other, the new algorithms-based machines, are no longer characterized only by computational mechanisms of a significant logical nature, but they take part also in areas that were previously considered unique to human beings, especially the creative field. Their creativity is being implemented both with respect to information – through use of algorithms for identifying patterns and acting on them, and on material phenomena – through identification of the “code” at the basis of the material and control of it.
In his article “Technology’s in-betweenness” philosopher Luciano Floridi suggests classifying technologies by three categories of order that describe the relationships between users and objects. While the first and second order technologies refer to the relationship between technology and the world of phenomena or the person who uses them, third-order technologies, relate to other technologies as users. These technologies exclude the human subject from the chain of interactions and thus become autonomous. Information technologies, artificial intelligence systems and artificial life are among the territories where third-order technologies are most fully realized. In the artistic process, these technologies are becoming increasingly significant in light of the use of deep learning systems and computerized neural networks that enable automation of the creative processes, of which learning is a central part. By this processes, they challenge the traditional meaning of the concept of creativity and its unique qualities.
The proposed paper will relate to artistic works which use machine creativity, whose meanings go far beyond the mediumal formulation that they present. The paper will analyse the conceptual principles that machine creativity rely upon and the infrastructure that enables its performance. Based on the theories of Bruno Latour it will relate to the ways in which computer systems act within different environments, virtual or material, connecting natural phenomena and objects to large data systems, and the ideological and political perceptions and value systems reflected by them. It will relate to works of art that recount to the practical dimensions of learning systems and to the philosophical and ethical aspects derived from the meaning of the learning process in various contexts, particularly to the meaning of different optimization systems that deep learning mechanisms defined in relation to the concept of creativity. What is the meaning of “optimizing creativity”, will be a central question in that respect.